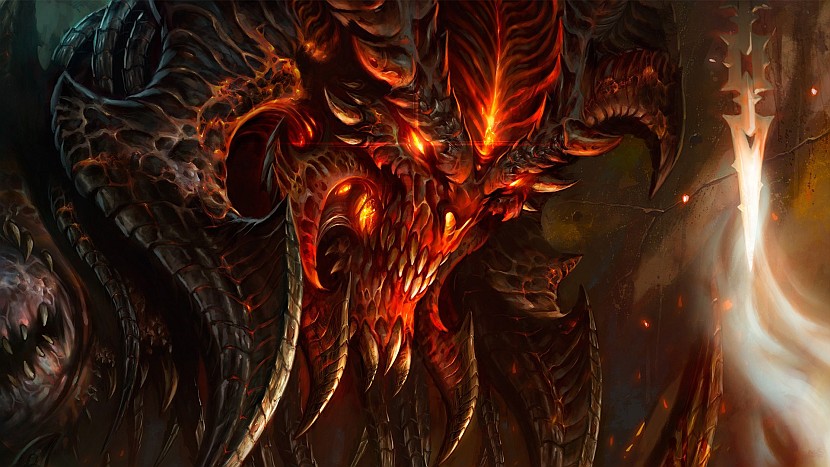 When ­Blizzard had announced Diablo 3 for PS3 and PS4, everyone thought it’d just be a dumb console port. But that doesn’t seem to be the case; in fact, the studio is apparently putting a lot of thought and work into the game.

Blizzard’s Matthew Burger told OPM that the studio didn’t want to “emulate a PC game on the console,” adding that you won’t be able to get the PC experience by simply plugging in a USB keyboard and mouse. This is because they are putting in a “lot of work into how we laid out the abilities and the camera. It wouldn’t feel right.”

Burger then went on to explain how the game’s complex inventory management system is being streamlined to suit console users’ needs. They are also dividing it into body parts as opposed to the grid you can find in the PC version.

He also discussed the inclusion of the evade button and what it means for console players: “it helped solve some of the differences between PC and console.” Apparently, PC players can simply click anywhere on the map and simply go there as opposed to the console version where you have to move manually.

A lot more is discussed about transferring the game over to the PlayStation consoles. It’s an interesting read if you’re into this game.

Diablo 3’s launch has been plagued by innumerable problems and issues with user experience. Blizzard has been quick to reply with a list of hotfixes that have been applied to the game. While this is good news, it is accompanied by some rather sad news: the real-money auction house has been delayed again.

Community manager Nethaera noted that they have delayed the auction house’s launch to “iron out the existing stability and gameplay issues.” No release date or further information was given.

The studio also stated that it’s looking into why some players’ achievements are missing; they also plan on releasing a patch addressing client issues next week.

If you’ve got an Android device and are playing Diablo 3, you will love this app: it provides the current status of the game’s servers. Developed by Eluamous, who has also made a similar app for World of Warcraft, the app is free, though it is supported by ads. You can check the status of servers in US, Europe and Asia without having to log on to your computer.

Blizzard’s sense of humor shines through once again. A secret Diablo 3 level has been found. It’s dubbed Whimsyshire and makes fun of those who complained that the game was too colorful. It also harkens back to Diablo 2’s secret cow level.

As you have already understood by now, Whimsyshire is a bright green, happy cartoon world of ponies, cupcakes, fluffy clouds, rainbows, and other things that make me puke.

Check out the video below. This page on DiabloWiki explains how to get there.

Better make sure your friends are picking up Diablo 3, because you’ll need the Guest Pass that comes with it to enjoy the game for free. Well, actually it’s a glorified demo, allowing gamers to play Act 1 up to the Skeleton King, and up to a maximum character level of 13.

Freeloaders will get access to the matchmaking feature, too, though it will only be with other ‘Starter Edition’ players. Oh, and you won’t be able to use the Real Money Auction House either.

Blizzard also announced the impending launch of ‘Character Profiles’. It helps track and present your progress in the game. You will be able to see your heroes and their skills and equipment. The studio also has plans to display artisans and achievements.

Diablo 3 comes out today after being years in the making. Blizzard is infamous for its ‘when it’s done’ policy, especially when it comes to delivering quality and amazing experiences. That brings up an important question: why did Diablo 3 take so long?

Jay Wilson, the game’s director, is as surprised as we are. He noted that “it just took a lot longer than [he] had anticipated” and that “[he] was surprised by how long it took to reach it.”

In fact, the game has been in “polish mode” for the last two years. Wilson comments that the team would revisit certain events, leading them to revise them often. He, however, assures us that the last two years weren’t just spent polishing the game – they added new content, too.

The game’s installation servers have already gone live. You can begin playing the game in a few hours.

So, yeah, Blizzard totally lost a legal battle today. It wasn’t very pleased when Valve announced Dota 2, a commercial sequel to the wildly popular Warcraft III mod. Blizzard filed a court case, claiming that the DOTA brand is tied to the company.

The studio claimed that “Valve… never released, distributed, or sold any [DOTA] products” and that it never participated in the creation of the mod.

In response, Valve claimed that Blizzard “lacks standing to bring this dispute.” Apparently, it was right.

Now, the two behemoths have come to an agreement over the brand. Valve will continue using the brand name commercially, while Blizzard can use it noncommercially. Keeping that in mind, the studio has renamed its upcoming DOTA game to Blizzard All-Stars.

Diablo 3 is due out in less than a week. To celebrate its impending release, Blizzard has released a short animation that details the eternal conflict between angels and demons. Dubbed Diablo III: Wrath, the film has been made by Peter Chung (creator of Aeon Flux) and Metalocalypse animation house Titmouse.

The game is due out May 15. Check out the short below.

All I can say is: DAT ARMOR!

Diablo 3 has been going through a lot of changes since it entered beta. Blizzard is polishing the game as I write this, and they seem to be changing the game quite radically.

The current version of the game does not feature companion scrolls; it has also cut scrolls of reforging. Companion scrolls would summon an ‘adorable’ minion that would run around and loot gold in your name. The problem lies in the fact that it is ‘adorable’, apparently. Blizzard community manager Nethaera said: “The companion pets felt like they were mandatory to maximize play efficiency and some pets were too cutesy for the gritty, dark world of Sanctuary.”

As for the Scrolls of Reforging, Blizzard felt they were “underdeveloped”. It would have allowed players to change the properties of an item. The studio knows that these are big omissions, but notes that they want to “close in on a release date… not move further away.”

That is not to say these features won’t make appearances in the future. The company thinks that companion pets can be turned into a “much cooler system”, and reforging can be made more “meaningful”. As it stands, they might make their way into a post-release patch, or maybe become parts of DLC.