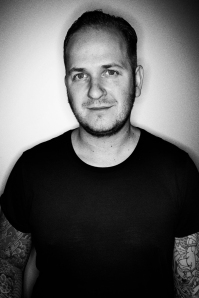 Many studios and publishers are shunning Wii U, Nintendo’s new console, simply because it’s not powerful enough. Crytek and DICE, both of whom engineer high-tech game engines, have stated outright that their games won’t be released on the console. You can now add Avalanche Studios to that list, but not for the same reason though.

Speaking to Press Fire (translated by The Escapist), studio founder Christofer Sundberg said that the platform’s low user base and poor communication on Nintendo’s part is causing them to forego developing for Wii U. “It’s a bit sad because we wanted to do something,” he said. “I think it’s a cool platform, but right now… we want the game to reach as many [gamers] as possible.”

Sundberg also talked about communicating with Nintendo, noting that the company has always been “difficult to reach.” He pointed out Sony’s approach, stating that their communication with studios has been clear and efficient and that their enthusiasm for the new console is palpable. Simply put, the same cannot be said for Nintendo.

I would have felt bad for Nintendo if the company wasn’t so resistant to change. Their online offering on the Wii was poor at best when compared to PlayStation Network and Xbox Live. They also thrive on gamers’ nostalgias by baking the same or same-ish games based on their past franchises. Also, the success of the Wii was based on a gimmick, which people are now becoming wary of.

Satoru Iwata, the company’s global president, has acknowledged the problem of Wii U sales, blaming it on consumer’s misconception of the new console as a peripheral for the Wii. He also said that the period of time between first-party game releases has been much longer than they expected.

Nintendo now faces an uphill battle when it comes to marketing the Wii U. I don’t know how they’re going to compete in the face of true next-generation hardware from Sony and Microsoft. I hope they survive because competition is always good for the industry. And also because I’d love to play more Mario!

Following on from their teaser trailer, Precursor Games has officially announced the launch of the crowdfunding campaign for Shadow of the Eternals. This is being billed as a spiritual successor to Eternal Darkness, which has a cult following now.

The studio looks to raise $1.5 million for the episodic action game. They aim to release the first episode on PC and Wii U in Q3 next year; they have a couple of videos that you can watch to help you part with your money. The game is being powered by CryEngine.

Wait, what? CryEngine and Wii U? I thought Crytek said they weren’t going to support the console.

I’ve always found Resident Evil’s monster designs to be fascinatingly repulsive and frightening. Apparently, that’s because they can be related to viruses we see in action in the real world. This comes from director Kazuhisu Inoue, who says so in this developer diary for Resident Evil Revelations.

Way back in 2002, a Gamecube game scared the pants off of quite a few people: Eternal Darkness. Although a sequel was pitched by the developers afterwards, publishers were unwilling to pick it up. But now, thanks to crowdfunding, a spiritual successor has been announced.

A teaser trailer for Shadow of the Eternals has been posted, showing off an interesting-looking game billed as coming “from the creators of Eternal Darkness”. It’s being worked on by Precursor Games, whose official website carries nothing apart from a teaser campaign for the title.

More details are expected on Monday. According to the teaser, that’s when the crowdfunding campaign will be launched. It’s not known if it will be carried out on Kickstarter or anywhere else. It’s going to be an episodic title on PC and Wii U.

OXM has published an interview with Assassin’s Creed 4 creative director Jean Guesdon. The thorough interview talks about various things regarding the game, including DLC, but what struck me most was the developer’s justification when it came to the cyclical approach Ubisoft has taken with the franchise.

Guesdon said that “we have proven that this franchise is relevant,” adding that it still has a “long way to go.” The same could be said for Call of Duty, which is a sort of ironic place to be since gamers are still lapping up new entries despite being tired of the annual release cycle taken up by Activision.

Keeping that in mind, Guesdon noted that “the scale and scope of the world, the completely new setting, the new gameplay mechanics, and our new characters… [will] get the job done and avoid fatigue altogether.” I hope that’s true because, although it’s a worrying trend, other notable franchises are trying or have done the same thing.

Highlighting what seems to be a major problem for Nintendo, UK supermarket Asda has cut the price of the Wii U for the second time in two months. Asda is a subsidiary of retail giant Walmart.

Asda, which has stores all over UK, is now selling the basic model of the console for £149; the premium pack is being sold for £199. This comes down from the previously reduced prices of £199 and £249. Interestingly, the device launched in November 2012 for £249 for the basic model, plus £50 more for the premium pack.

Nintendo appears to be having problems shifting the Wii U to customers since they believe that the device isn’t powerful enough. While it’s true that Wii U is faster than PS3 and Xbox 360, it remains to be seen how it’ll compare to PS4 and whatever Microsoft decides to name their new Xbox.

It wasn’t too long before Wii U’s copy protection would be broken. So, it doesn’t come as too much of a surprise as a group of hackers are now claiming to have played pirated Wii U games from USB media.

The group is said to have broken the console’s authentication system, disk encryption, and other related stuff to be able to play pirated games. They’re calling the device an “optical drive emulator,” which it claims uses an “embedded Linux system” and doesn’t require soldering. It is said to be compatible with all current models of the console.

Nintendo has said that it’s aware of the claims made by the group. However, it said that there have been no reports of its hardware being modded to play games.

The company has previously deployed software updates and model revisions to deter piracy on Wii. It’s not clear at this moment what this means for the console’s future. If its copy protection has indeed been broken, you can expect to see torrents of Wii U games going up quite soon.

A teaser website called The Dragon Returns has gone live from Konami, and all signs are pointing towards a Castlevania: Lords of Shadow sequel. The date on the website points to Konami’s pre-E3 press conference that takes place on May 31.

A NeoGAF user snooped around the site’s source code, finding “CLOS Teaser Page” within it. Those on Facebook can also enjoy the teaser.

All we know at the moment is that the game is being developed by Mercury Steam for PS3 and Xbox 360; a Wii U version is expected as well.