I can’t wait for the game to come out! 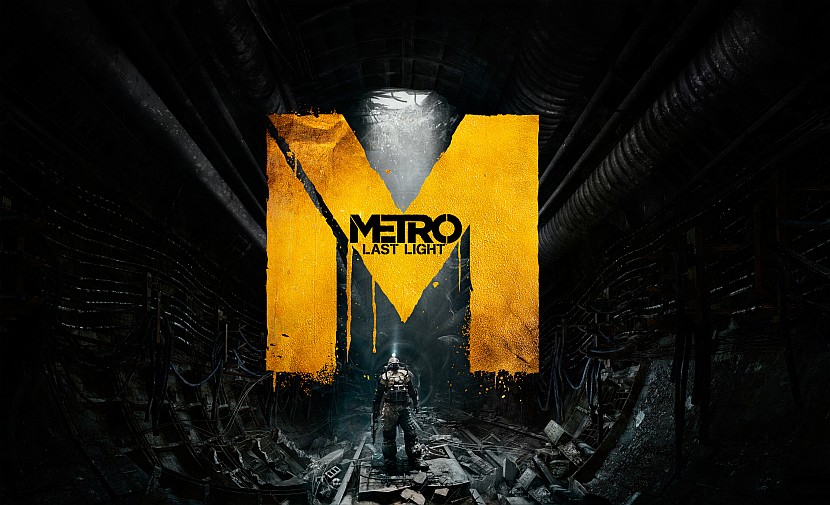 Metro: Last Light is now out and getting generally favorable reviews. However, an issue has been found that may prove to be a problem during gameplay. The game has a very low field of view and developer 4AGames hasn’t put it any sliders to change it. It can’t even be changed through manual configuration file editing, too.

The game is also a DirectX 10/11 title, but you can force it to run in DX9. DSOGaming has put up a guide on how to do it; as a bonus, they’ve also added a guide on how to turn off auto-aim, which is turned on by default in the PC version.

Finally, a new beta version of GeForce drivers for NVIDIA’s graphics cards is out. The v320.14 drivers are optimized specifically for the game, noting enhanced performance by up to 10%.

Double Fine is freaking awesome when it comes to making good games, and Dropchord is looking to be a great addition to its roster. If you’ve ever wondered how the studio makes its games, then this video is for you.

Senior gameplay programmer Patrick Hackett has put up a time-lapse video of the development of Dropchord. “I regularly captured short videos showing new features or interesting developments,” he writes. “I sped these up and cut them together with one of the tracks from the game.”

And the result is phenomenal. The video shows the evolution of the game’s design, how its appearance changed, and its debut at PAX East this March.

Dropchord is due out on Windows, Mac, and iOS in July.

The Novelist looks like another great indie game in the making, and it’s being made by Kent Hudson. He’s a former LucasArts developer and game designer who worked on BioShock 2 and Deus Ex: Invisible War, among others.

The game has been put up on Steam Greenlight and looks very interesting. It follows Dan Kaplan, a struggling novelist, and his family as they move to their summer home. You are a ghostly presence in their home, reading their thoughts and guiding their actions. Hopefully, you will help the family reconcile its differences and alter the path Kaplan’s career takes.

The Novelist looks to be a game heavy with rhetoric and choice. It also appears to be an outward expression of the players’ personality and attitude towards career and family. It will also be an exploration of the constitution of people: who they are, what makes them, and who they wish to be. Honestly, I find this game truly intriguing.

It’s being developed for PC and Mac. It may be released on Steam with the help of your precious vote. 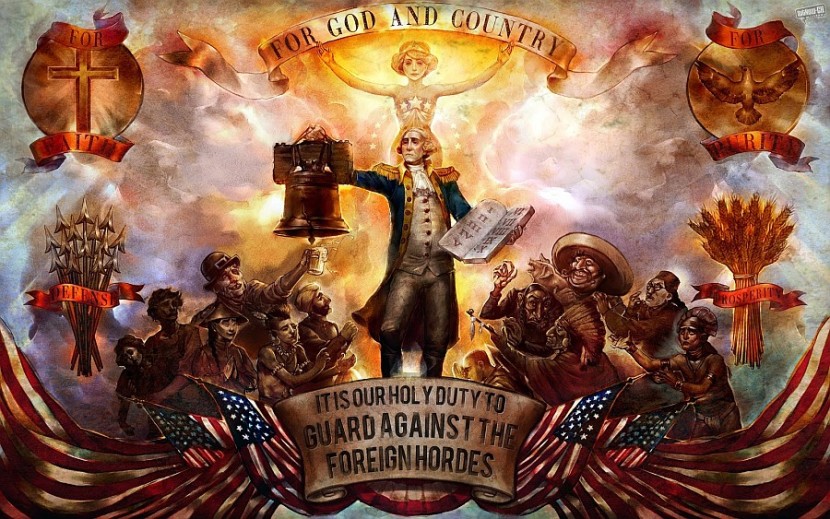 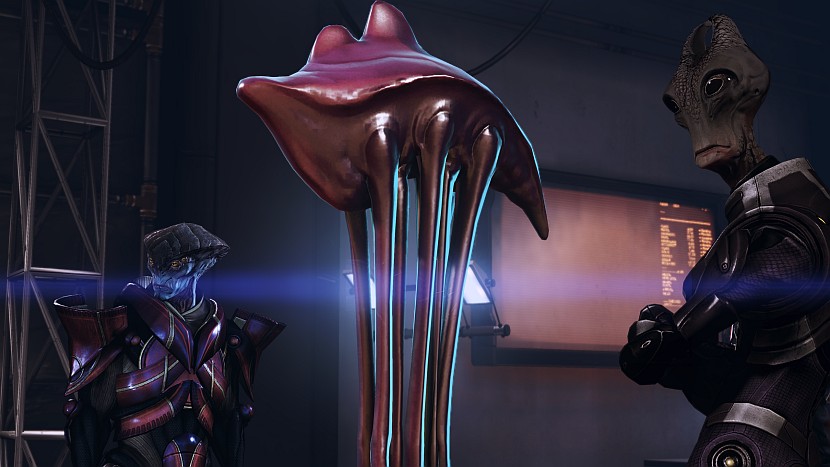 There were quite a few alien races represented in the Mass Effect trilogy. Although they may have scales, blue skin, or might even look like roaches, they were basically humans with a palette swap. That’s disturbing, but considering how limited consoles were during this generation, that may have been a necessary step.

Apparently, BioWare thought the same, too, for they considered having non-humanoid squadmates in the games, but they discovered that it would have taken away from the rest of the game.

All the party members in the games were based on the humanoid skeleton because the development effort for non-humanoid playable aliens would have been great. Instead, the studio pushed to make a “larger, more polished game.” Also, all squadmates had to function like human characters in the sense that they’d have to be able to carry guns.

Honestly, I’d love to see the galaxy’s first Hanar spectre in the next Mass Effect game. Now, that would be freaking amazing! Also, I think next-gen consoles have more power and RAM that can be dedicated to render more than one type of “skeleton” in games. 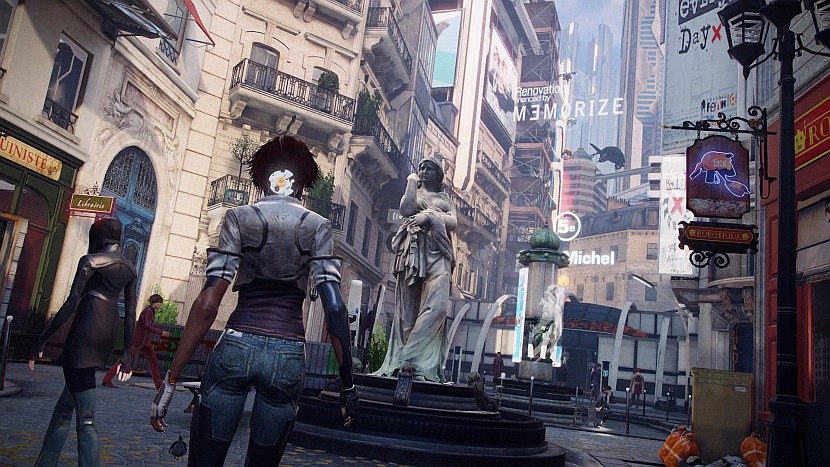 Remember Me was originally slated to have jet skis and would’ve been called “Adrift”. Players would be seen zipping around a flooded coastal city. While that sounds vaguely interesting at first, I believe the game would’ve become boring too easily and would have been dismissed quickly.

Thankfully, that didn’t come to fruition according to the game’s creative director Jean-Maxime Moris. The team had wanted to focus on the effects of global warming on the world, which they why they had wanted to place the game in a city like Sydney, Tokyo, or San Francisco. “The [player] would have to navigate with a wakeboard, grappling from one jet ski to another,” he said.

As it stands, they became more interested in the idea of manipulating memories and shifted the theme away from global warming. Dontnod’s (the studio) home city of Paris became the game’s stomping grounds but with a sci-fi twist. The iconic features of Paris came into view, though Moris explains that they were initially reluctant to be “that French studio doing that French game.”

Honestly, I think the game looks cool. The scenic views of Paris act as great eye candy, especially the new glass-and-steel skyscrapers alongside familiar Parisian landmarks. The interview touches upon the studio’s vision of Paris in the future and how social networks will come to dominate society. It’s an interesting read.

Remember Me is expected to be released early next month on PC, PS3, and Xbox 360.

If that sounds enticing, then The Forest is right up your alley. The new open-world action adventure from indie developer SKS Games now has a shiny new trailer showing (naked?) mutant cannibals and some open-world gameplay. It is also now live on Steam Greenlight, and I don’t think it’s going to have too much trouble going through to Steam.

The game will take a simulation approach to gameplay. It’ll have a day-night cycle, weather, plants that grow and die, and more. You can roam around the island during day and huddle by the fire at night and survive aforementioned cannibals. You can also build and fortify camps and make weapons to kick some mutant ass.

It’s being made for PC and will support Oculus Rift when released. Check out the trailer below.

Beloved Alice is coming back once more! American McGee, the developer behind Alice and its interesting sequel, has revealed that Spicy Horse, his studio, has been working on a new entry in the series as well as a new game based on The Wizard of Oz.

The Facebook page for Alice: Otherlands reveals the game, noting that it’s going to be funded through a crowdfunding campaign run on Kickstarter. They’ve revealed potential backer rewards and have launched a competition looking for the best Alice cosplayer. There’s a UI mockup as well, and it seems the game won’t be a hack-and-slash title but something else entirely.

As for the Oz title, the studio simply noted that “it’s already in the works.” However, Kelly Heckman, community manager at the company, noted that it’s not related to the ill-fated 2004 game that was in development at Atari.

So, what does this all mean for Alice? The first was excellent, and so was the sequel. However, the direction McGee is taking her in doesn’t seem very good. I’d love to see another action game similar in vein to Devil May Cry or God of War. The concept does sound interesting, however, especially in how Alice will be traveling in the minds of various prominent figures of Victorian London. Mark Twain, Thomas Edison, and Jules Verne are listed as probables on their Facebook page. Let’s see how this turns out, though I hope it’s as awesome as the first one.

In short, this game is an interesting take on this quote that typifies the American Dream in a rather succinct manner:

Gatsby believed in the green light, the orgastic future that year by year recedes before us. It eluded us then, but that’s no matter—to-morrow we will run faster, stretch out our arms farther. . . . And one fine morning——

So we beat on, boats against the current, borne back ceaselessly into the past.”