MishoMirage plays an excellent and accurate Kat from DmC. You can find more in her Deviantart gallery. 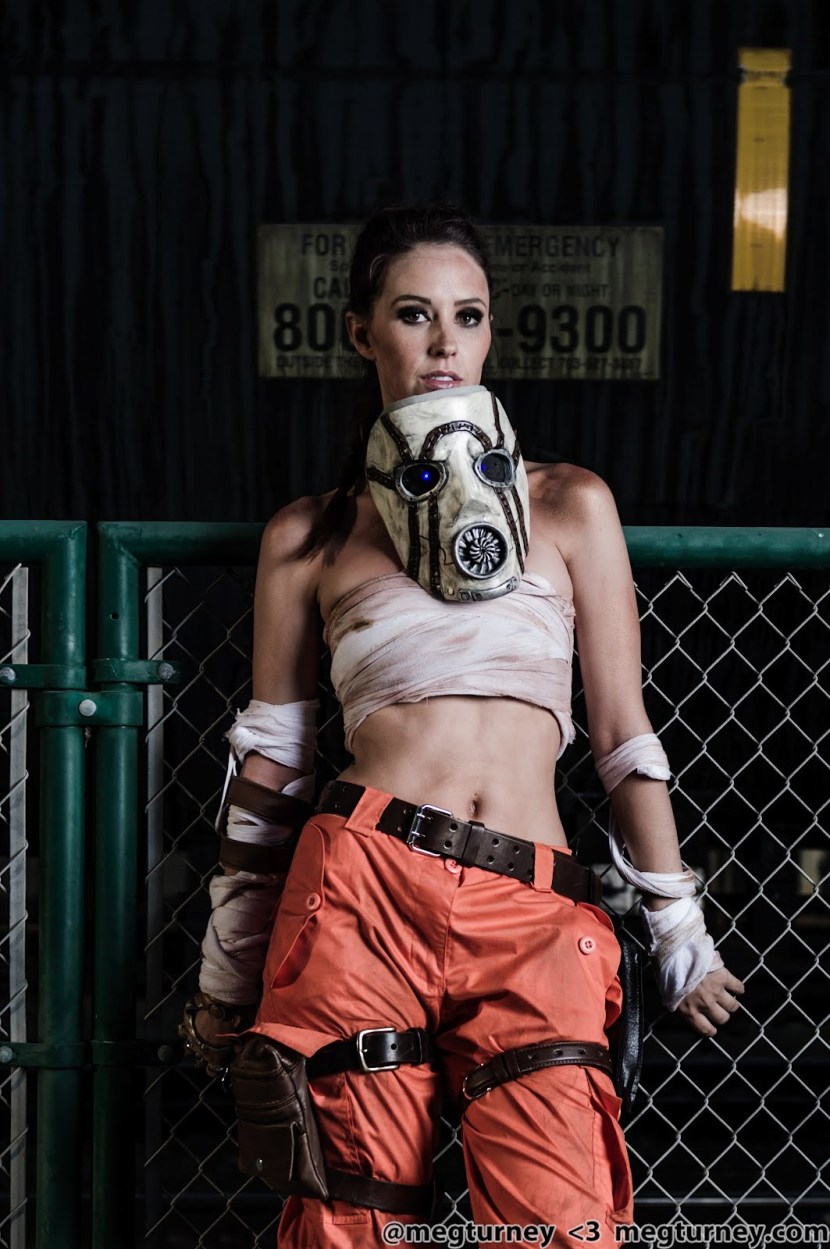 A sexy gender-swapped psycho from Borderlands 2. You can find more on Meg Turney’s website.

Ever wondered just how cool the Plasma Cutter from Dead Space would be in real life? Patrick Priebe thought so too, and he went on to create a scarily realistic working replica of the weapon.

He spent about 200 hours making the weapon. It shoots five laser beams—three green lasers for aiming, and two blue, 1500 milliwatt beams for burning stuff. The replica can change between horizontal and vertical orientations similar to the game; it also ejects energy packs after every round.

Although it’s not exactly suitable for killing Necromorphs, or anything else for that matter, it’s still powerful enough to cut through wood or plastic. He hasn’t released any instructions or videos regarding the building process. However, you can buy yourself a copy by ordering through his website.

The weekend is here and it’s time to chill at home and do nothing. Or probably read some great articles. The past week saw some great reads coming out from various publications. Here are three that captured my interest.

Unknown to most, there’s a “Judges’ Week” before E3. In this week, editors and writers from major gaming publications are flown in to “judge” games. It’s only open to a select few, and that brought up the idea of the caste system. Ben Kuchera of Penny Arcade Report writes about what goes on behind the scenes of this event. He also brings up the caste system, exploring it within the context of the current status of the gaming industry. It’s quite an interesting read, and it’s not too long.

Michael McWhertor, over on Polygon, takes a look at the making of the live action trailer for The Evil Within that wowed gamers last week. The thinking process behind the brief teaser is quite fascinating to read. It comes from people who have worked on major Hollywood movies such as Iron Man and X-Men First Class. Apparently no computer effects were used in the trailer, and it was all practical effects, which makes it that much more amazing.

Finally, who doesn’t love swag? Collector’s editions of games are quite popular these days. This is what GI.biz’s Steve Peterson explores by looking at the company behind it all: Marketing Instincts. This organization is one of the few that are behind the concept, production, and execution of all the collectible items you can find online for your favorite games.

All the links above are Readability versions of the articles, making them much easier to read. You can browse to the original links from there.

The minimum you can pay is $3, which gets you seven ebooks. Some of the books are “The Making of Karateka”, “Kill Screen Magazine”, “Killing is Harmless: A Critical Reading of Spec Ops”, and more. If you decide to shell out $10, you’ll receive three additional books.

Some of the ebooks sound quite interesting. I’m personally interested in checking out “Generation Xbox” and the critical analysis of Spec Ops.

The bundle will be live for 20 days. The books will work on any tablet, e-reader, smartphone, and computer.

If you have missed out on Uncharted 2 DLC, then today’s a great day for you: they’re all completely free now.

It’s not known at the moment if EU gamers will join in on the fun as well.

Mass Effect 3’s guns were quite a sight to behold. They were intricately detailed and seemed to be designed with passion. Bill Doran of Punished Props took up the challenge, making a real-life replica of the M-6 Carnifex Hand Canon. It’s a glorious sight to behold.

He has pictures and videos of the creation process up on his website. There are more amazing things to check out on the site, too.

All I can say is: DAT ARMOR!

Whether they’re attending cosplay events, gaming conventions such as Gen Con, or even just a Halloween party, some gamers love to dress up as their favorite characters. There’s a nearly endless number of possibilities when it comes to video game costumes, but there are a few ideas that are relatively easy to assemble and guaranteed to get recognized.

When it comes to boy’s Halloween costumes from video games, hardly anything is more recognizable than Nintendo’s Mario and Luigi. Mario wears a red long sleeved shirt under blue overalls. He also sports white gloves and black shoes. A red hat with a large letter ‘M’ on the front and a big black mustache complete Mario’s simple look. Luigi also wears blue overalls, but his long sleeved shirt is green and his green hat has a prominent letter ‘L’ on the front. Luigi sports a big black mustache and white gloves just like Mario. Some Mario Bros. costumes are even equipped with inflatable bellies to help the wearer achieve the portly look that is sported by both brothers.

END_OF_DOCUMENT_TOKEN_TO_BE_REPLACED

Yes, the boy wonder is coming down to Arkham City. First spotted in a blurry image and then in online postings, Robin’s appearance in the upcoming sequel is pretty much confirmed despite the lack of an official announcement. The game is due out this October on PC, PS3 and Xbox 360.

Minecraft creator Notch revealed that the v1.7 update will include “adventures” in a bid to “flesh out the game a bit, making it reward exploration and combat more.” It will also have support for mods. No release date was given.

Finally, EA Sports’ Andrew Wilson stated that there would be no support for either PlayStation Move or Kinect in FIFA 12. He notes that they do not “add value” to the game.